if you remember well, the first day was all about walking around to see the main monuments and touristic sites in Paris.
The second day the weather wasn’t as good so we decided to spend the whole day at the Louvre. Yes, the whole day. And we did survive but we were so tired at the end that we deserved a super expensive tea in a fancy shop inside the shopping centre underneath the Louvre pyramid.

But let’s start from the beginning: so first of all, if you can buy the tickets online it will save you from the queue, that to be honest wasn’t that bad. Also, remember that the museum is closed every Tuesday and sometimes some areas are closed as well during the week. You will find out the list of what is closed at the ticket office. There are some discounts if you’re unemployed and under 26, otherwise the ticket will cost around 11 euros. Not even saying that the price is totally worth it and that you can go in and out of the museum on the same day.
There are several entrances, we saw a long queue at the Carousel Shopping Centre underneath the pyramid so we decided to use the main entrance. The queue was moving fast and we didn’t wait more than 15/20 min.

So yes, the one I am pointing at is the main entrance. Be prepared to some silly pictures.
Once you’re inside, get a map and plan your way into the museum. My Lonely Planet guide said that it will took you 9 months to see everything that’s inside this museum, so bare in mind you won’t see most of it in one visit. The Louvre map that you can get at the info desk will show you the most famous things on each floor and we basically followed this and what the Lonely Planet said. If you go there without a plan you will waste so much time, so be ready!
To make it easier, here we go with some pictures of some of the main things we saw at the Louvre. 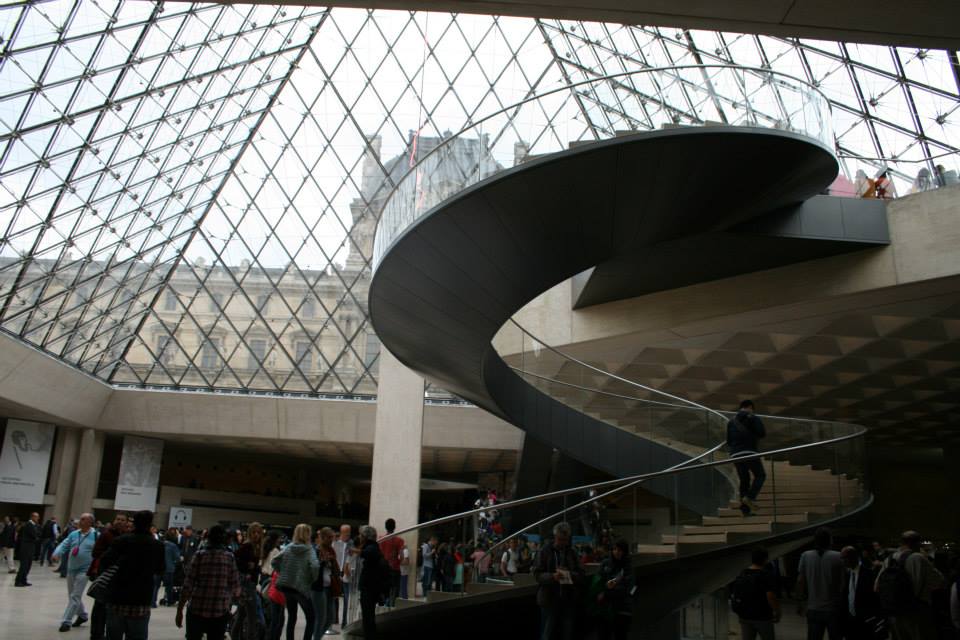 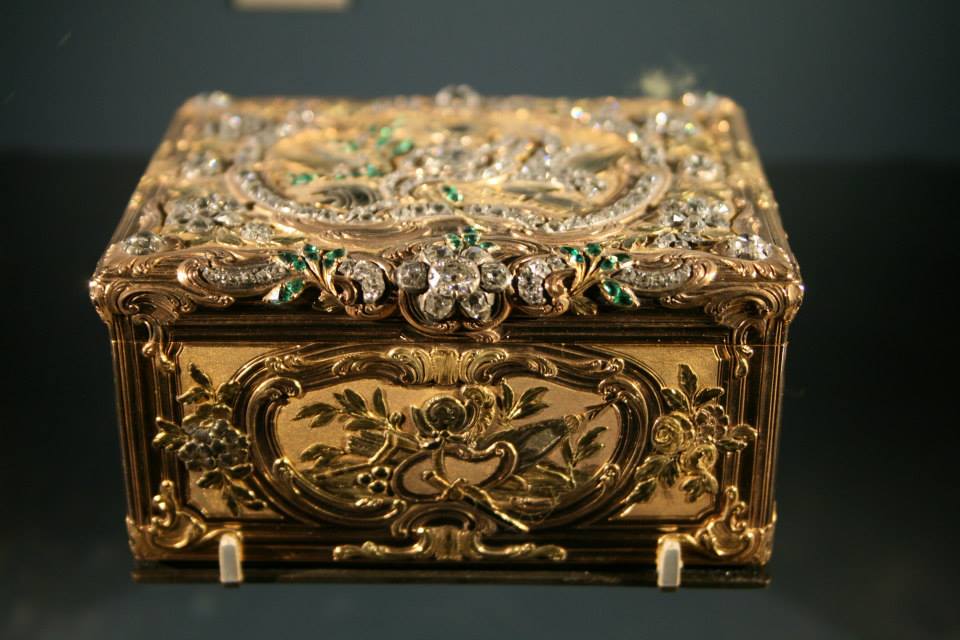 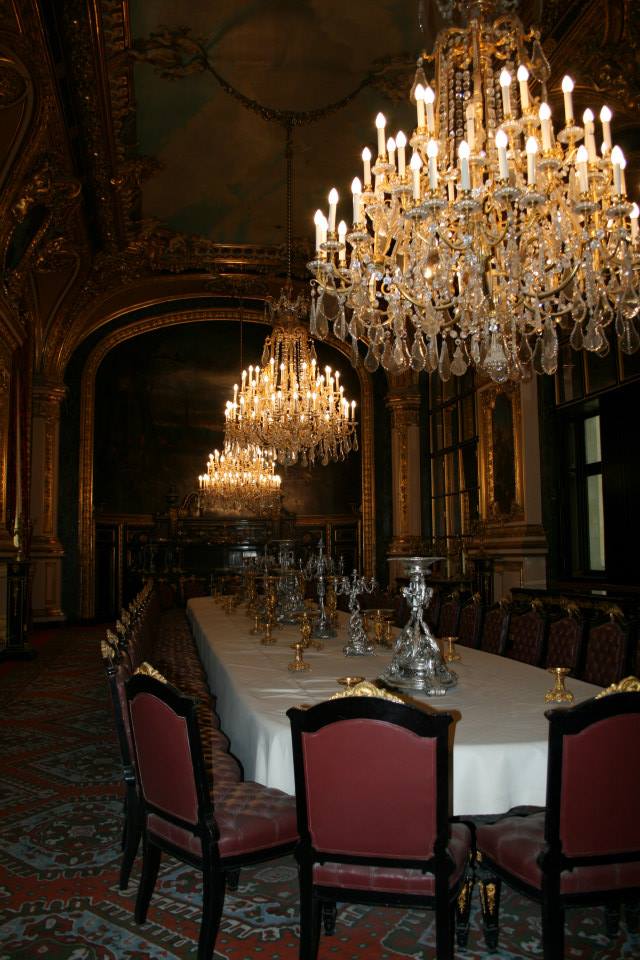 The last pictures is obviously my fav! After all of this (and much more), tea time! It sounded a bit weird, me going for a afternoon tea in Paris, when I live in London… but it was worth it.
Now, you can imagine that I looked like a zombie after this day at the museum and you are right. But still, Paris has so many good things to see that we decided to spend the third and last day at the Museum d’Orsay because I am a big fan of paintings. With the Eurostar train ticket we got a discount so we paid just one ticket instead of two.
The d’Orsay is housed in a former train station and you can tell straight away because the shape of the building is pretty obvious. Strictly no pictures in this museum, so unfortunately I won’t be able to show you the inside. But it is worth a visit, just because some of the most famous painting are in here. It goes without even saying that one of the painting I really wanted to see (La Classe de danse from Degas) wasn’t there at the moment but in Tokyo for an exhibition. Too bad, at least Van Gogh was there and he is always on top of my favorite painters list. 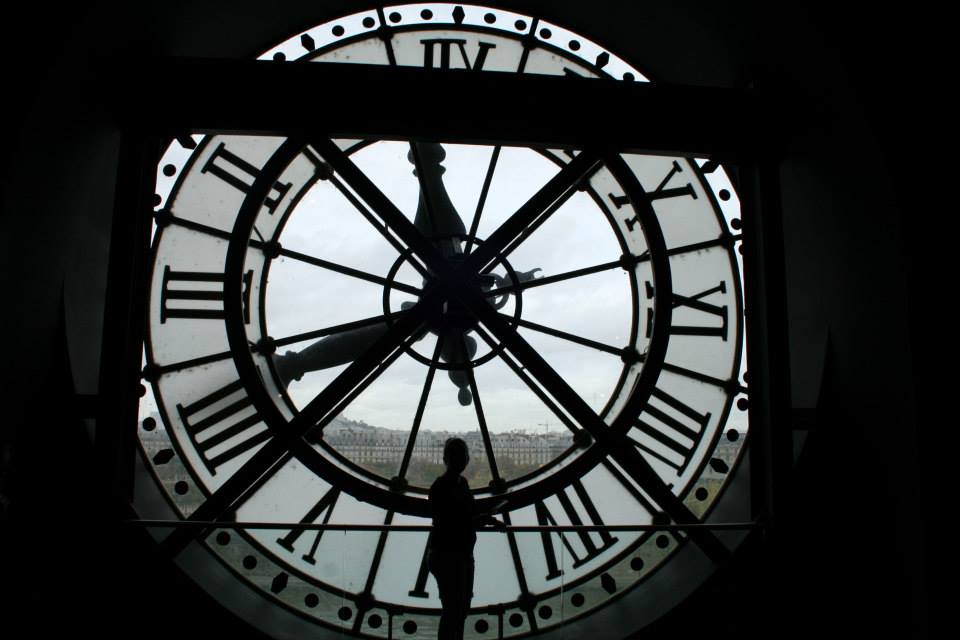 It took couple of hours to see most of the d’Orsay, so we then decided to have a nice lunch in a local Bistro and then to take a walk to the close Alexandre III Bridge, leading to the big and small Palais built for the Expo 1900. 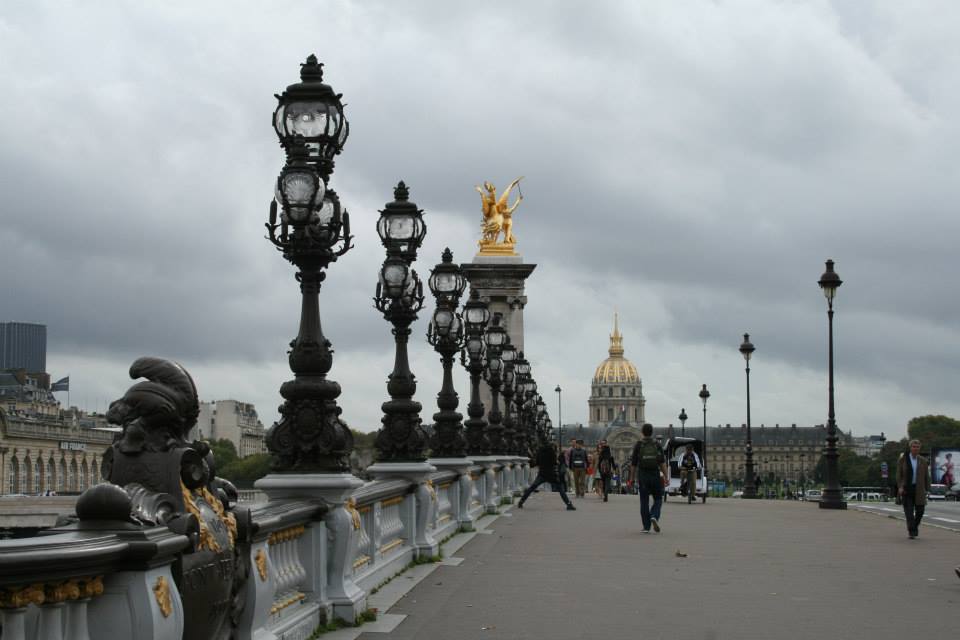 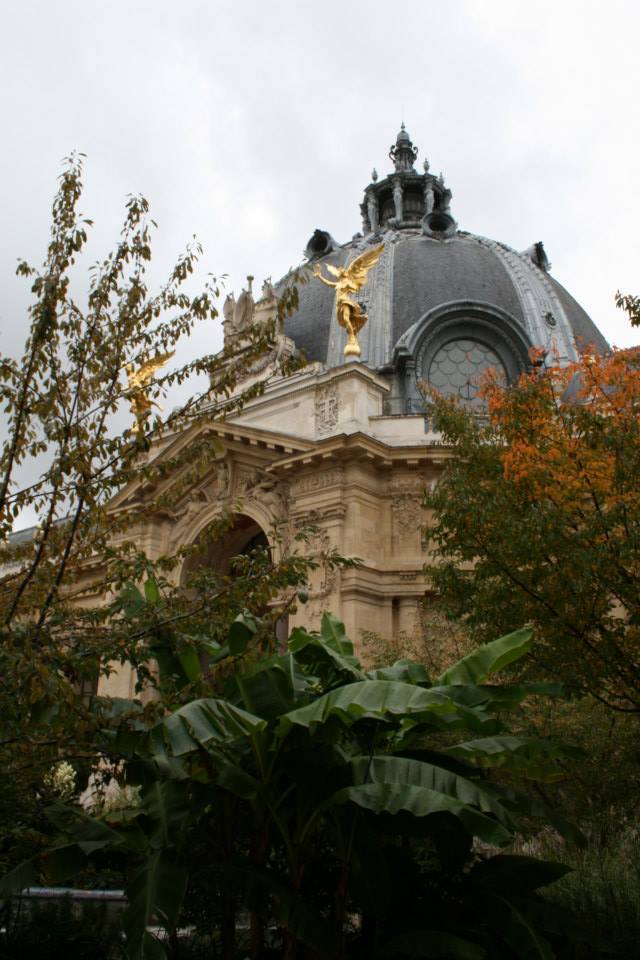 Before going back to the train station, my friend brought me to Monoprix, a french supermarket chain where I could buy cheeses and biscuits and other amazing stuff that weren’t that expensive. FYI I got the best sheep cheese ever.
So, trying to do so many stuff in 3 days was hard but it was totally worth it. And it’s funny to think I never wanted to go to Paris because I stupidly thought it was too romantic… now I think Paris is a beautiful european city. It made me think of home somehow and it made me realize that Paris has what I am missing in London, the european history and feeling.
What are you waiting for? Start thinking about visiting Paris soon. 🙂