I bought the tickets in May and finally on Saturday I’ve seen him: John Mayer. Super sexy, with a super sexy voice.
The concert was at Wembley Arena, super close to Wembley Stadium who was hosting NFL this weekend. 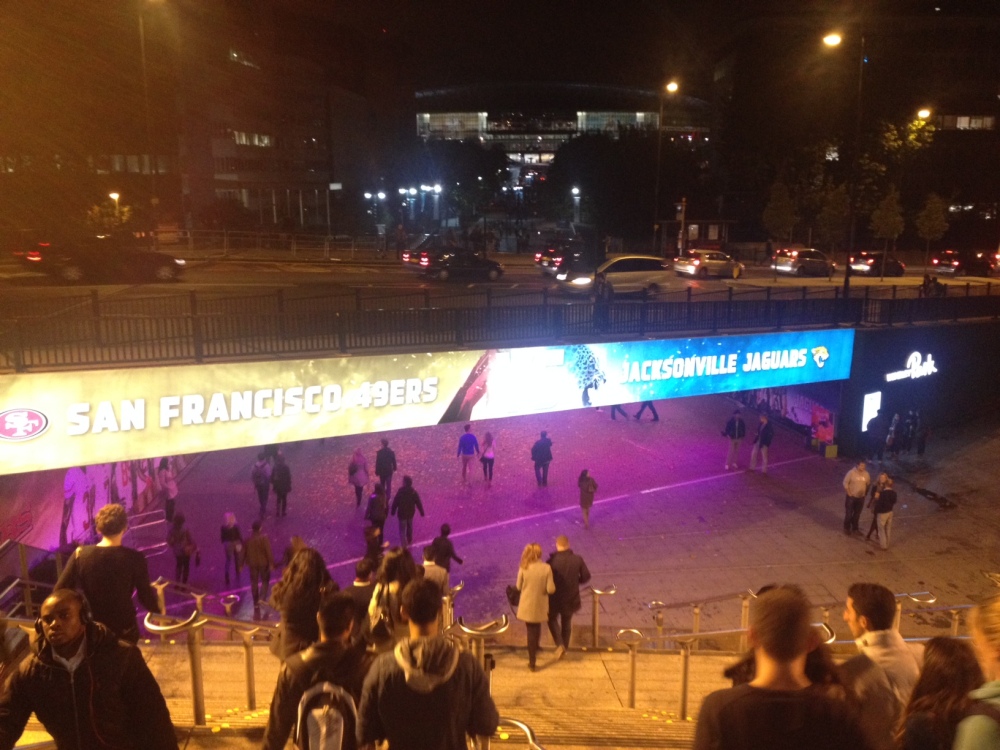 We need to say that Wembley in general is really far away from where I live. At the opposite and if you wanna eat at Nando’s make sure you arrive plenty of time before the concert because it’s gonna take a while to find it and get the food.
Anyway, everything went well and we were there on time for the show. The Arena had a capacity of 12.500 and it looked pretty much sold out. 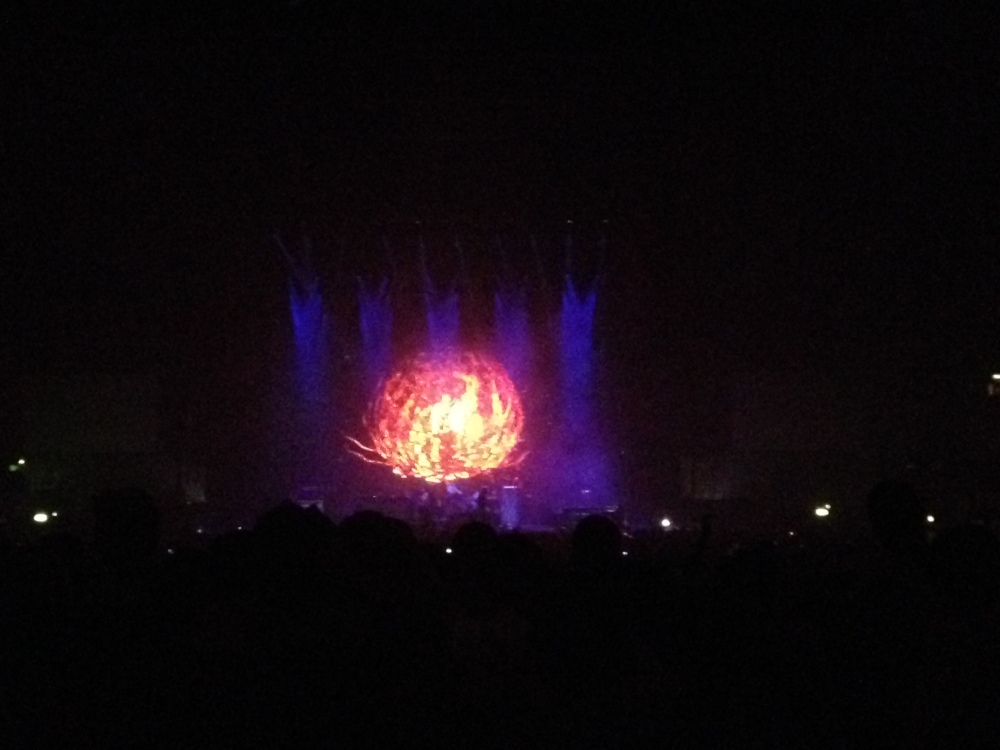 The scenography behind John Mayer was amazing, this is from the end, that moment when they pretend that the concert is over and then the singer comes back saying “Wait, actually I have two more songs”. My favourite moment ever.
He played some old songs and a lot of songs from the last two albums. Ending with “Dear Marie”, that really makes me feel how cute was he loving her at 15. Here the full set list of last night.
And here, me and my friend at the concert. 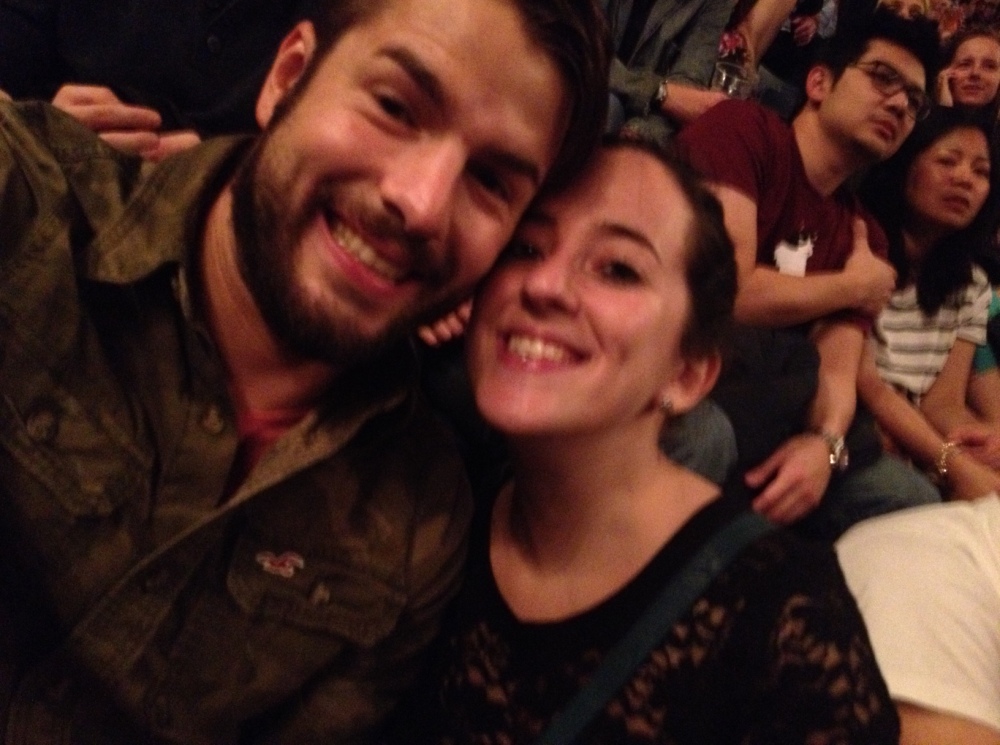 This picture is blurry and we look pretty sweat (which I think we were!), but it’s the best picture ever.
And we had to took one like this years ago in another concert. But, you know, things in life sometimes just go random.
But what matters is that at some point, we did it. We made it to the concert. And it was awesome.
The rest of the weekend was about food, drinks in very nice places around Hoxton and Brixton and other friends from Trieste.  Just a suggestion, when they say Shake Shack have the best burgers… well, it’s true. And they give you these nice things to let you now when your order is ready. And they become all red and buzzy. Great fun. 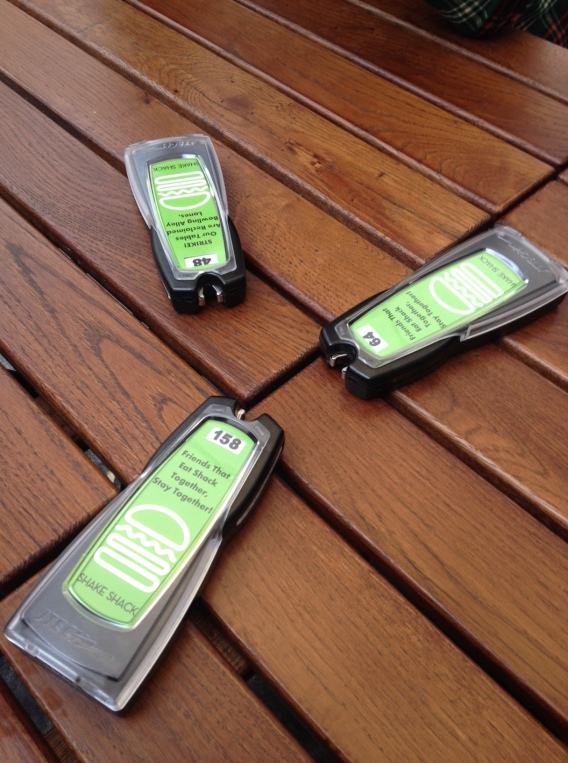 What’s left?
Great memories, nice food, a t-shirt from the concert, lots of biscuits, chocolate and other goodies from Torino, big hugs, awkward confessions and a reminder for the future: always say what you think, as soon as you realize you’re thinking it.
Thank you and goodnight. 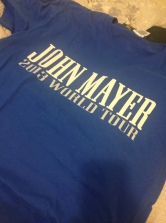 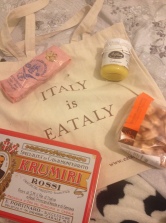 One thought on “First weekend off in ages: friends and concert!”